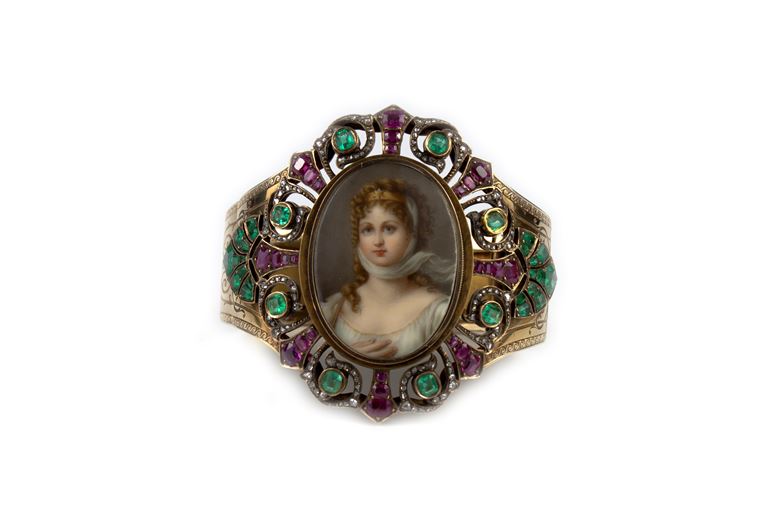 Yellow gold bracelet adorned with emeralds and rubies surrounding an oval medallion representing Queen Louise of Prussia.
Miniature on porcelain after a portrait of Gustav Richter
(Berlin, 1823-1884), painted in 1879 and exhibited at the Wallraf-Richartz Museum in Cologne 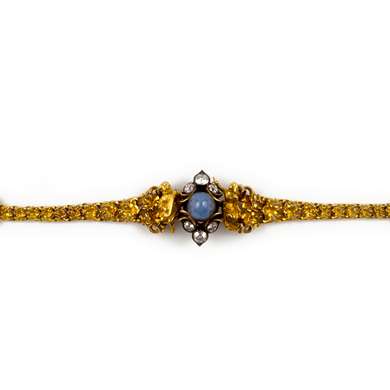 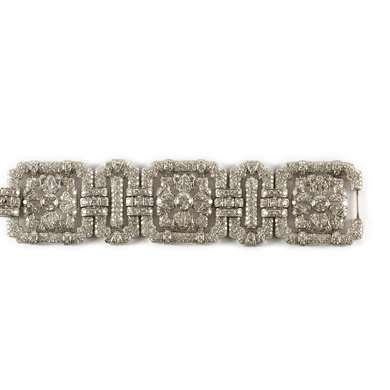 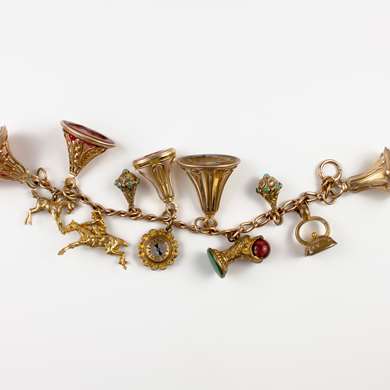